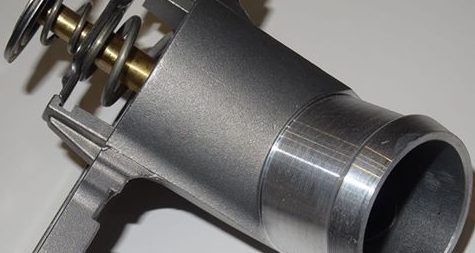 This is relevant to standard Porsche 996, 997, Porsche Boxster and Porsche Caymans up to and including 2008 model year.
Following several recent independent reports that have been published around the cooling efficiency of the early water cooled Porsche engines it has become apparent that it would be beneficial to replace all original cooling thermostats with a new modified unit with a lower opening temperature.
Studies conducted have shown that after fitting the thermostat with the lower opening temperature of 71 degrees Celsius the engine runs not only cooler during warm up but also with a more equal temperature throughout the engine.

With all the information available online documenting the possibility of engine cylinder liner issues (bore scoring) arising potentially through inadequate engine cooling and at a cost of only £265.00 including vat to replace the thermostat along with fresh coolant we feel that this is a value for money modification that can surly only help in reducing the risk of any future issue arising.

Back to top
Back to News
ShowroomServicesNewsContact Us